An Introduction to French Translation for Advertising in Canada 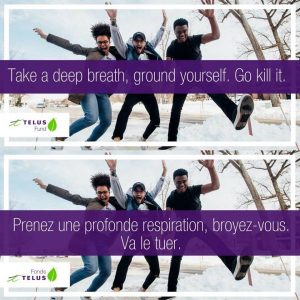 In this post, we will turn our attention from French translation for food packaging to French translation for advertising in Canada. According to Statista, the Canadian advertising market ranked tenth on the global scale in 2016. Clearly plenty of companies see the worth of marketing their products in Canada, and you may be considering joining them. In making this consideration, you will need to be mindful that both English and French are official languages in Canada. And if you plan to advertise or do business in the province of Québec you will need to abide by its Charter of the French Language, which legally establishes French as the official language of Québec.

The Charter of the French Language dictates that “public signs and posters and commercial advertising must be in French,” but also provides rules for bilingual versions in most cases. Ads that the Charter establishes must be exclusively in French are: 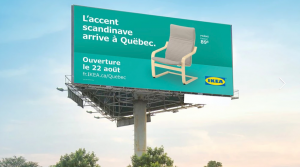 So, any billboards or ads you plan to run in the public transit system of Québec will need to be in French.

As was mentioned, bilingual advertising is acceptable in most other cases, with the caveat that French is markedly predominant. What exactly that means depends on how you choose to display your marketing materials. And you do have options! There are allowances for bilingual posters and signs where both languages appear on the same poster or sign, for separate signs or posters of the same size for each language, and for separate signs or posters of different sizes for each language. 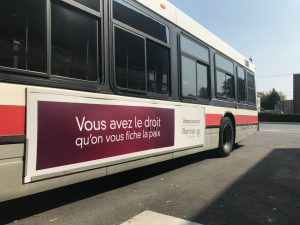 If you choose to create one sign or poster on which both languages appear, you must follow three rules:

As far as #3 is concerned, this means that a graphic cannot be covering the French text, and the text in French cannot be in a color that is more difficult to read than the text in the other language, to name some examples.

#3 above also applies to separate signs or posters for French and another language. Additionally, if the posters are the same size:

If you make different signs or posters for French and another language and they are different sizes, #s 2 and 3 above both apply, plus:

All of these requirements serve to ensure that your French translation for advertising in Canada, or more specifically Québec, is “markedly predominant” over any other language in which you publicly advertise.

There may also be special rules depending on where you choose to place your advertisements and what they are advertising. We’ve already seen that certain ads must be only in French, but there are also instances where the bulleted lists above do not apply.

For example, if your public signs or posters appear in or on a vehicle regularly used to transport passengers or merchandise (and is NOT a form of public transit), the French version does not have to be “markedly predominant” but rather can appear “at least as prominently” as the other language. The same goes for public signs and posters and commercial advertising concerning an event intended for an international audience, or where the majority of the participants come from outside Québec.

Depending on the level of presence you plan to establish in Québec, you may also need to go through the process of francization. This includes creating a French name for your firm. The Charter only allows for a firm name to appear exclusively in a language other than French on public signs and posters and in commercial advertising if the firm is established exclusively outside of Québec. The same goes for a recognized trademark, unless a French version has been registered, in which case the French must appear. 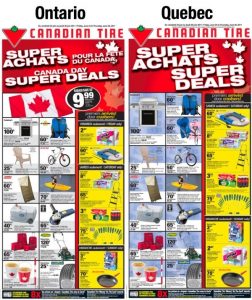 If you choose to run ads in newspapers or magazines, or print and circulate catalogues, brochures, etc., these are rules for that in the Charter too. As far as newspapers are concerned, the Charter does allow that advertising in news media that is published in a language other than French is exempt from the standards listed above. Catalogues, brochures, folders, commercial directories and other publications of the same nature, however, must be in French. A bilingual version is an option, provided that the French text is displayed at least as prominently as the other language. According to the Regulation Respecting the Language of Commerce and Business, you may also print separate versions of these publications in French and another language, if and only if the “material presentation of the French version is available under no less favorable conditions of accessibility and quality than the version in the other language.”

French translation for advertising in Canada also comes into play when doing business online. Business law firm Osler, which has offices across Canada and in New York, makes the following recommendation: “If you have a place of business in Québec, ensure that the version of your website directed at the Canadian market has equivalent French and English versions, at least in respect of products marketed in Québec.” Let’s not forget social media either! In 2015 Commissioner of Official Languages Graham Fraser found two government ministers guilty of breaking Canadian language law when they tweeted only in French or only in English about government policies and initiatives. And while this had more to do with the obligations of the federal government to be fully bilingual, given all of the requirements around print advertising in Québec, it is worth considering in regard to French translation for advertising in Canada. 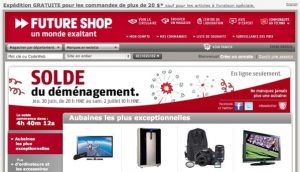 Anyone found to be in violation of any of the language requirements set forth by Québec’s Charter of the French Language will be given a warning and a deadline by which they must become compliant. A legal person or entity can be fined anywhere from $1,500 – $20,000 for ignoring this warning, and fines are doubled for all subsequent offenses. The Charter also mentions “other penalties of a commercial nature” that may be imposed on businesses that do not fulfill its language requirements.

At the end of the day, getting your French translation for advertising in Canada right at the outset is worth it – not only will you avoid warnings and fines from Québec’s government, but you will also expand the audience that your ads reach. We have dedicated marketing teams for Canadian French and would welcome the opportunity to help you take that step. Or, if you’re looking to do a bit of market research before making any other moves, we can also help you translate surveys and other client-facing communications. Get in touch to ask us how!