The trouble with translating “authenticity” in Patient Education

Patient Education by Big Pharma was the subject of a new marketing report on Medical Marketing & Media. The article describes two initiatives, Fit2Me by AstraZeneca and Living Like You by Novartis, that are raising the stakes when it comes to patient education campaigns. Healthcare Translations are one our main areas of expertise.

The problem with patient education

The problem with patient education, according to the article, is that patients have become more savvy online and started to create their own communities outside of the big companies to get health information and share stories. Pharma is not intuitively a patient friendly place to go for patient education on managing diseases or other chronic issues and many are staying away from corporate education portals in favor of their own social media communities.

Living like YOU campaign by Novartis is an online community for people with MS, promising to be more “authentic” and “raw”, unlike patient education by other Pharma.

The Living Like You campaign has been created by Novartis to become a player in the online community for patient education for people living with MS. Since the launch in 2014, the campaign’s website features personal articles from their blog writers. The site’s regular staff of writers are from Canada, Ireland, Brazil, Germany and the United States, with different backgrounds and personal experiences with MS. The campaign is also active on Facebook, Twitter and Pinterest, the latter being the main platform for their #MSlifehacks campaign to show clever solutions to everyday problems for people with MS.

The website is also available in Spanish, Brazilian Portuguese and Dutch for the Netherlands (my native language), which provides an interesting insight into some of the growing challenges for companies like Novartis to develop a global community-based platform for patient education.

Bringing a Centralized approach to a Decentralized world

When comparing the Dutch site against the English site, the stories that are featured appear to have originated from the English site and translated directly into Dutch. I found one writer on staff with a Dutch name with a featured story on the main page, but it was unclear if it was written in Dutch for the Dutch audience as it was also available in English and Spanish. The main social media component, the #MSLifeHacks campaign, is also absent from the Dutch site and the Facebook page and Twitter pages are in English only.

This campaign illustrates how big companies naturally tend to develop global programs in a centralized way, where content is created for one market and then adapted in phases for other markets. This way, companies also have a certain measure of control and consistent quality over their content while targeting their investment of time and money strategically into other markets. The centralized approach also allows us as Language Service Providers to bring added value to their clients by managing translated content for consistency and quality. 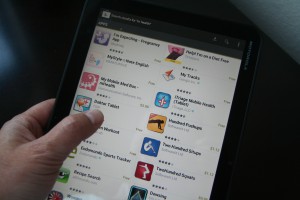 With so many options for consumers to access health information, Pharma is challenged to compete for attention by creating their own online communities.

Contrast that against the often decentralized nature of community based sharing of health information, where you can find content of (arguably) varying quality that is being written by people who live in the same country, who write in the same language and also who are capable of providing more relevant information based on their local experience.

The challenge for Novartis and other companies is to bring together the best of both approaches.

Novartis has a lot of good things going with the site. Their content is written by a diverse group of people and the stories seem to be adequately translated. The stories that are being picked for the Dutch site contain universally relevant information that is easily translated.

However, the more I read through these stories in Dutch and compare them against the English, the more I started to wonder whether this approach of translated personal stories verbatim is really going to engage the Dutch audience.

Click for a larger view. Although translated correctly, I couldn’t figure out first what exactly “notenpasta” is until I found the English article that had “almond butter”. Asking around, it also didn’t resonate with some other Dutch speaking individuals (one first-response was “Nutella?” – the hazelnut chocolate paste).

The challenge in translating anything “authentic” in patient education

The article to the right is a representative example of most of the Dutch articles that are on the site, where the Dutch is an exact line-for-line translation of the English story. The translation does a good job of staying true to the original story and personal experience of the writer, while adequately conveying the same conversational tone in Dutch. Kudos to their team for putting effort into the translation.

The writer in this paragraph touches on a few universal themes that translate well. Take the paragraph about fish; plenty of people hate eating fish and struggle with adding fish to their regular diet. So the tactics presented will probably work out well. I can relate.

What distances me in the Dutch version is the often literal translation I encountered  and the lack of any local relevance in these stories. For instance, non-oily fish is referred to as lean (magere) fish, not non-olie as they have translated (example of literal translation). I found another Dutch site that localized information from a Harvard study by adding “herring” as an example of an Omega 3 rich fish. I would argue that it is almost impossible for a Dutch writer to write about adding fish into their diet without talking about our beloved herring. These are minor details, but after reading a couple of stories this became somewhat annoying. It also makes me wonder if it is worth my time to check in to see if any of the stories will address anything specific about the Dutch lifestyle. I would wonder if there are any challenges in continuing to bike to work, what effect our crazy climate has on my condition, what are good local food hacks, what local events are available, the role of government and local healthcare… etc.

Unless they invest a lot of time and effort into attracting Dutch writers to fill in the gaps, how could they balance the approach between being authentic and relatable? A few thoughts:

Embrace and promote diversity as much as possible

The diversity of cultures and backgrounds of the writers enhances the perspective and shouldn’t be lost in translation. While the site does have a short writer bio on each of the writers on a separate page, the articles do not immediately highlight where these stories are coming from. The biggest complaint I have about the site is that it is very unclear about its identity (who do they want to be). Am I reading a Dutch site made for Dutch people or a site that presents a world view of people living with MS that happens to be translated in Dutch as well? Perhaps this is an evolutionary issue as they are looking for more Dutch writers. But the lack of any real local information in any of the stories makes me wonder if the site is not sure what direction to take.

Consider making it more clear in the article who wrote the story and profile their background to illustrate how this story is both relevant to the writer and the reader. Being clear about this allows the reader to overcome irrelevancies and bring a global perspective to the site.

The translation process in making a story relevant for a foreign market traditionally ranges from either removing cultural information altogether (internationalize) to fully adapting the cultural information to match the local customs (localization). Could an article still be authentic, but also translated and in a way where a local perspective is added?

Consider enhancing the translated story by commenting on the original story from a Dutch perspective to make it more relevant. This could be a call-out or a comment from the Dutch writer to the original story, by relating their experience to what was originally written or providing information.

Another opportunity to bring a local perspective to the site will be to launch a social media campaign in other languages. Currently, Facebook, Twitter and Pinterest are available in English only. The link in the English article directs you to the #MSLifeHacks campaign, which is missing from the Dutch site.

While many people nowadays are socially savvy in English as well as their own language, there is simply too much information available in the local language to ignore the social media aspect. With already so much information available on the English site, rolling out a social media campaign in Dutch could be done easily by translating and localizing materials ahead of time. What’s challenging is to moderate comments, but Facebook already allows automatic translation of comments and responses can be planned ahead for translation if no native Dutch speaker is available on staff to manage the site.

Consider building your social assets to get more local input into your stories, perhaps even enhancing your writing staff with Dutch members.

It’s clear from this site and in our experience that a well-organized centralized approach toward rolling out a global program is still desired, where the source messaging is protected while offering high quality information to a global audience. However, this approach is tough to scale up against a community based information development, which often can be more relevant as it is targeted specifically for the market. Organizations should not ditch the centralization approach, but rather take advantage of localization efforts to make content more relevant and phase out more localized options as the program matures, with the right controls through their Language Service Provider or their local staff.

This move from fully centralized to a more “hybrid” strategy can be aided by well-documented style guides, terminology databases and protocols to lead more decentralized efforts into the overall content strategy, along with analysis of content to find opportunities to be more relevant. This is where your trusted Language Service Provider should take the opportunity to step in and ensure that this is managed well from a centralized perspective.

Finally, I leave you with this interesting TED talk featured on NPR, which exemplifies the idea that being authentic is not only about being true to yourself, but also about being true about what you claim to be. When it comes to the patient education revolution, both principles should be considered when engaging with foreign markets.