In our work with linguistic screening of new product/company names that need to be evaluated by speakers of other languages/cultures, we are often asked to screen those names by a Chinese speaker but instead, we recommend Chinese phonosemantic naming.  Because Chinese is a tonal language and the English name must be screened, you have to assume the reader or speaker will have some familiarity with the English language as it is in a different script and may mean nothing to a Chinese speaker.  Depending on the speaker’s proficiency with English pronunciation, there may be multiple ways to pronounce it by a Chinese speaker and those multiple pronunciations may carry hundreds of connotations by a speaker of tonal languages. 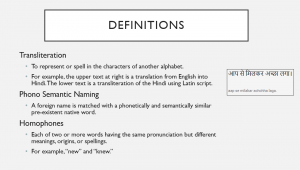 So no matter what kind of name, our approach is always exploring both transliteration and Chinese phonosemantic naming, especially if the name has an apparent meaning. And the goal is to have a Chinese name that resembles the sound of the “English” name and yet has great meanings with the combination of characters. There can be hundreds to thousands of ways an English name can be transliterated in Chinese because there are many homophones in Chinese. And we also explore sounds that are not the closest resemblance. Sometimes the best, most ideal name in term of the meanings it has is not from the closest sounding but may come from the secondary sound resembled name.  So the process is the phonosemantic one although transliteration may come out to be the best name. Learn more about phonosemantic naming in Chinese and see examples here.

Studies show that younger, more educated and more cosmopolitan Chinese consumers tend to favor phono semantic brand translations, which integrate both sound and meaning into a product’s name. “We found that the foreign name connects them with that aspect of cosmopolitanism that they valued, but the Chinese understanding of the brand also connects with their Chinese identity, which is also important to them.” It also signals that the company is being sensitive to their language. 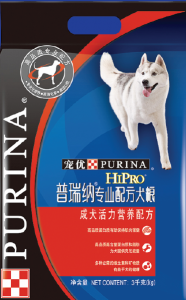 Regarding Trademarked Names – a U.S. Trademark does not protect you in China.  The U.S. Commercial Service and Dept of Commerce advise that if you are seeking to distribute a product in China, it is essential to register appropriate Chinese language versions of your trademarks well in advance.  China has a first-to-file system that requires no evidence of prior use or ownership, leaving registration of popular foreign marks open to third parties.

Each name has to be filed separately under each trademark class.  So, one name under 4 classes must do 3 filings.  They must file both the alphabet (English) name and the character (Chinese) name. So that would be 2x the amount.

If you do not create a Chinese mark, the market will do so, creating a Chinese “nickname” for your product. Your company may not like the image this mark projects, or someone else in China may like it so much they register it in their own name, forcing you to buy it back.

A good Chinese name is the best insurance for its long-term success in the Chinese market. Are you considering linguistic screening or product name evaluation for your client or your company?  What questions do you have? Contact us to learn more about the Chinese market.