HR 3009 and Language Access Requirements for Creditors and Servicers 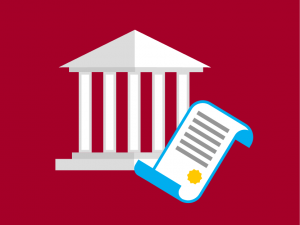 On May 7, 2021, the Committee on Financial Services of the U.S. House of Representatives introduced a bill (HR 3009) titled “To amend the Truth in Lending Act and the Real Estate Settlement Procedures Act of 1974 to establish language access requirements for creditors and servicers, and for other purposes.” As of this writing, the full text of the bill has yet to be published, but the general idea is contained in the title: if this bill becomes law, creditors and mortgage servicers would be required to provide any information already required by the Truth in Lending and Real Estate Settlement Procedures Acts in languages other than English. This move is perhaps not unexpected, given the requirements that already exist around language access in the medical sector.

Until now, financial institutions implicated in HR 3009 have been encouraged, but not required, to provide services in languages other than English. In November 2017, the Consumer Financial 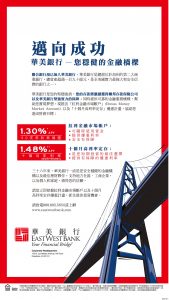 Protection Bureau (CFPB) released its “Final language access plan” to provide guidance to financial institutions around how best to serve LEP customers. This document, was, however, just that: guidelines. It does not represent a legal obligation or requirement, in contrast to HR 3009. Much of the language in that document, for instance, references permissions: it reiterates that “a few of the [CPFB]’s major rules address language access by… permitting required disclosures to be provided in a language other than English,” and “explicitly permits creditors to translate certain mortgage disclosures into languages other than English.”

There is one significant exception to this: it does establish language access requirements for creditors and servicers who advertise, solicit, or market certain services in a language other than English. Any entity that does so is also obligated to provide certain disclosures regarding that service in the same language as the advertisement or solicitation.

In January of 2021, the CFPB released a “Statement Regarding the Provision of Financial Products and Services to Consumers with Limited English Proficiency.” This was after they sought, in August 2020, information towards better understanding specific challenges financial institutions face in their attempts to serve LEP consumers. Some of their findings were that industry stakeholders struggle to balance legal requirements and practical considerations, including resource and operational constraints. We would distill that into 3 concrete issues: liability, budgetary concerns, and a lack of localization expertise. The latter two issues are evidenced by the two main challenges cited when determining how to better serve LEP consumers: language selection, and product and lifecycle selections. 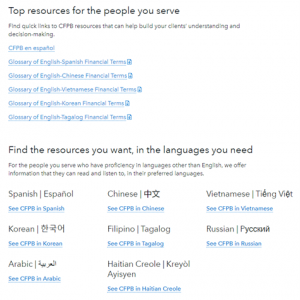 With an unlimited budget, these stakeholders could offer all their materials and services in just about any language. Most companies either cannot or are not willing to allocate the resources necessary to achieve that outcome. And in many cases, it wouldn’t make sense to do that either. We’ve written before about how to determine which languages to translate into – intentionality around that decision is important for various reasons. With guidance from a localization partner, financial institutions might find that they already have the tools to make that decision in a smart and effective way. The CFPB’s 2021 Statement allows for the consideration of publicly available and verifiable information such as Census Report data, or simply relying on the stated language preferences of customers.

The CFPB also encourages considering the extent to which LEP consumers use particular products, and which activities and communications have the most significant impact on consumers. Because we are currently working with limited knowledge of what HR 3009 entails, we can’t say at this point whether particular products, activities, and communications have been specified. Language access policy has generally been inconsistent in regard to specific requirements, so it will be interesting to see whether the new legislation defines “the most significant impact,” or whether that will be left up to individual creditors and servicers to determine.

The CFPB does already offer some resources in languages other than English. There are dedicated versions of the CFPB’s website in Arabic, Chinese, Haitian Creole, Korean, Russian, Spanish, Tagalog, and Vietnamese. And while these pages are not consistent with one another (the Spanish site is clearly more built out than any of the others, and not all the same materials are available on each version of the site), there are various educational publications on each page. For example, brochures entitled “Understand your credit score” and “Know your rights when a debt collector calls” are available in Chinese, Haitian Creole, Russian, and Tagalog, while “Selecting financial products and services” and “Checklist for opening a bank or credit union account” are available in Arabic.

In their 2017 Language Access Plan and 2021 Statement, the CFPB highlights some of the same reasons that HR 3009 was likely introduced as legislation. The 2017 Plan cites the FDIC’s biennial survey on unbanked and underbanked households, which showed that households where Spanish is the only language spoken were unbanked at five times the rate of households where Spanish was not the only language spoken. And the 2021 Statement confirms that “the effective and responsible integration of LEP consumers into the financial marketplace has the potential to create positive benefits for consumers and the financial services industry alike.” The CFPB sees that providing adequate language access services for LEP consumers in the financial marketplace is a win-win proposition.

There have already been some hesitancies raised around HR 3009, however. The bill did pass in the Committee on Financial Services by a relatively narrow margin (29 – 24), and within a week of its introduction to the House of Representatives, the Mortgage Bankers Association wrote a letter to the Committee to express some concerns around the implementation of the legislation if it ultimately passes. The overarching argument presented in the letter is that “the legal framework contemplated by [HR 3009] should avoid imposing compliance burdens that would significantly increase lender liability associated with serving borrowers with limited English proficiency.” They offer a few suggestions for how to improve the bill, such as the inclusion of a federal preemption clause to provide lenders with a uniform legal framework across the US, a safe harbor for lenders complying in good faith with LEP legislation and regulation, and a readily available publicly accessible database of approved interpretation services. Theoretically these things would not only provide guidance and clarity, but would also protect financial entities from any legal issues associated with the provision of language access services, addressing the liability issue we mentioned earlier. The letter also references the other issues raised in the CFPB’s 2021 Statement, including a limit to the number of languages in which services may be required to be readily available, and a “reasonable definition” for the types of communications that must be provided in consumers’ preferred language.

Are you anxious about possible new language access requirements for creditors and servicers? Or have you decided that you’re ready to begin offering or expand your current language access services? We’ve been helping clients navigate compliance and better serve LEP consumers for over 20 years – get in touch to find out if we can do the same for you!