Access to health care is a complicated legal matter in the United States. While the UN has declared health to be a human right, the United States never signed onto that 1966 Covenant – despite the fact that it was spearheaded in part by our own Eleanor Roosevelt. Nevertheless, there are significant federal protections for language access and Limited English Proficiency (LEP) speakers which cover any organizations that receive 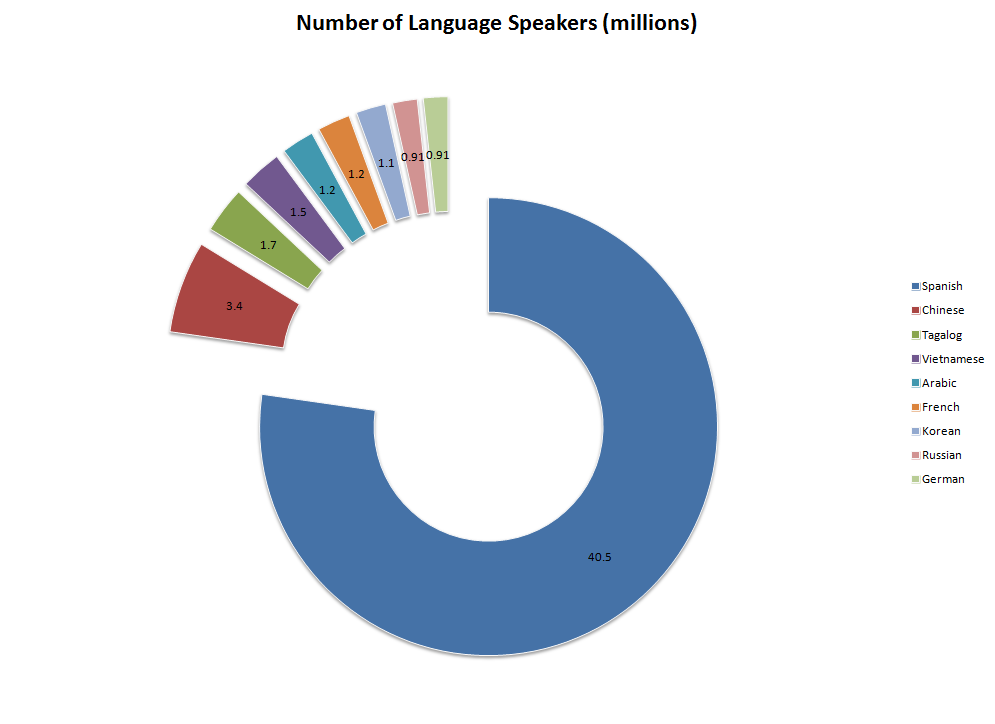 federal funding. In practice, this affects nearly the entirety of the health care industry. As it stands, three main federal regulations impact the language access to health services provided to LEP speakers:

Together, these guidelines ensure that people living in the United States of America who are more comfortable in a language other than English can receive information and services in their own language. Most of us are used to the various ways this is done: bilingual (or multilingual) notices and signs around hospitals, inserts in health care communication detailing how to receive more information in another language, and the presence of bilingual staff or interpreters at clinics and hospitals throughout the country.

Recently, the US Department of Health and Human Services announced a proposed change to the ACA regulations tied to Title VI compliance which would include rolling back some of the requirements for LEP language access. Specifically, this would drop the requirement that medical insurers and providers inform patients of their right to free translation / interpreting services via taglines or inserts. The government’s argument is that this will lessen the burden and save the industry more than $3 billion dollars over five years in compliance costs. It further suggests that other methods of informing people of their rights to language access will suffice in place of these inserts – though this seems to be up for debate, and no mention is made of what those alternative measures might be.

Language Access and Limited English Proficiency Speakers in the USA

Before we discuss what impact language access has on health outcomes, let’s first reckon with what a huge number of people have limited English skills in the United States. Nationally, 10% of all adults in the US struggle with English according to census data, and in some areas this can be much higher, (25% of all Los Angeles metro area residents were limited English speakers in 2014). Including all age groups, this population is well over 20 million people. They speak a diversity of languages, but 66% of all LEP speakers speak Spanish as their primary language. After that are Asian and Pacific Island 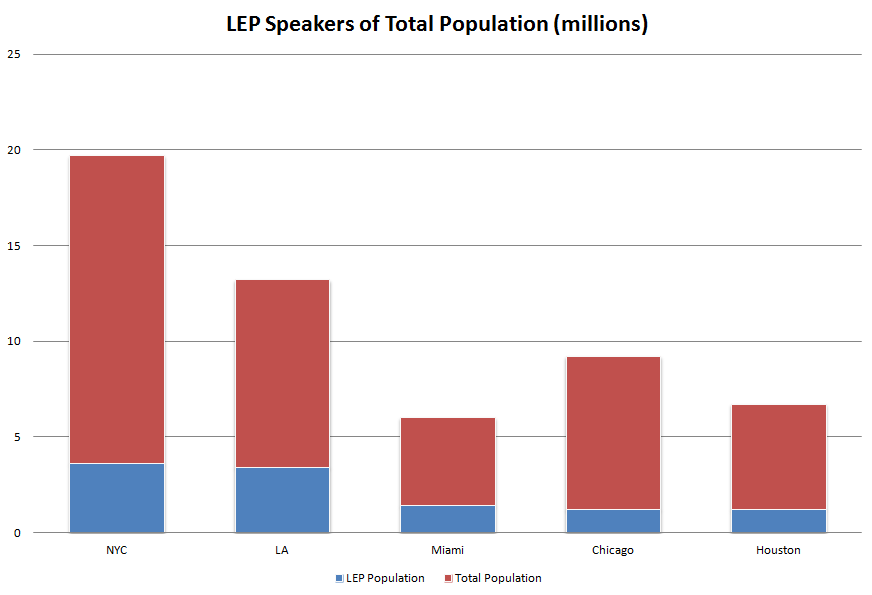 language (18.4% of the total LEP population, 4.4% of which are Chinese speakers) and Indo-European languages (11.9%, Russian being the most common at 1.4%). They mostly live in large urban metro areas:

So, clearly this is a significant population to reach when communicating about health insurance or service provision. What affect does providing that information in their language have? Well, language barriers can result in:

Knowing this, it is probably surprising that one-fourth of all hospitals in moderate-to-high need areas for language services failed to offer them and a full one-third of hospitals in low need areas were negligent. Private non-profit hospitals did better than both private for-profit and government hospitals, suggesting both resources and organizational goals may affect the provision of these services.

The importance of providing translated healthcare materials, information on one’s language rights, and quality interpreting to your patients cannot be overstated. In fact, we’ve spoken about it several (#1) times (#2) before (#3). The good news is that providing service in a patient’s native language can reverse the above problems and even improve the level of care received and access to it. Just having a bilingual staff member, (which is not a substitute for a qualified medical interpreter!) can lead to more and better testing and more consistent use of supportive care techniques, such as providing IV fluids. Another study also found that using qualified interpreters during a medical appointment improved four main areas: communication, utilization, health outcomes, and patient satisfaction. So maybe we should think twice before eliminating communications that inform people how to access their care in their language of choice.