This is not a post to go into what it means to do dubbing vs. voice-over, but rather talk about the process of recording voice-over translation. Specifically: What you can do to prepare for the recording to ensure that you get the desired result? When we work on corporate video translations, there are typically two options we work with: voice-over or subtitling.

Subtitling is often desired in corporate videos where you have a lot of on-screen presence. Subtitling preserves the voice of the person on-screen and the authenticity of the message. Subtitling is also a more cost-effective solution and easier to scale to multiple languages quickly. However, there are limitations to the use of subtitles.

We typically use Voice-Over or Narration on videos that have a lot of on-screen text. Subtitling there becomes a problem. You have two text elements on screen that are competing for attention. These are typically presentations that have been voiced-over by an off-screen narrator and it’s important for the user to both listen to the narration and see the information on screen. In our line of work, we typically don’t deal with having to match the voice of a person on-screen, which involves considering different voice-over techniques which we will not discuss in this post.

Avoid the Cost of Re-Recording

Why should you be concerned about preparing for the voice-over process? Here are 3 reasons: 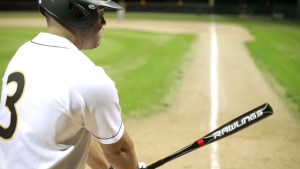 Choosing talent can be a time-intensive process. Most clients wait after the completion of the English production before they make the voice-over translation request. However, many of the considerations that go into producing the English video can be valuable input before we even start with the translation of the script. Finding the right talent may take time, including review of voice samples and sign-off by the decision makers.

What’s important with any voice-over talent is that you have a voice that matches your needs. The choice is typically based on demographics and gender, and then gets narrowed down by tonal preference. Using adjectives like “upbeat, informative, exciting” can help to define the tone you want in the voice. We typically make use of creative briefs and brand messaging to uncover unspoken needs that may affect the selection of the voice talent.

When we did the Rawlings video for our client, the challenge was to find a voice who could transcend different (younger) generations of Hispanics growing up in a bilingual environment. Having a clearly defined target market helps to find talent that can project the tone and style that the client prefers. Furthermore, with Spanish voice-over it is important to understand your demographics. Typically you’ll want to hire native voices for any translated videos, but younger generations may be more in-tune with a voice that incorporates some of the bilingualism in Spanish (Spanglish) that’s becoming prevalent with Hispanics 16-25 years old. This tone needs to be both incorporated in the translated script as well as the voice talent, which are two different professions. 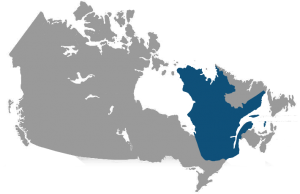 Getting the accent right is important. French speaking talent from Ontario and British Columbia will produce noticeably different accents to Québéc residents. As most organizations in the US deal with Francization in Québéc only, they often forget that there are regional differences when they acquire voice talent for that market. In the US, typically Mexican Spanish is a good choice for many States as they dominate the demographic. While there are Neutral Latin American standards for corporate videos, it’s probably worth your investment to get to know more about your target audience and find out whether you are dealing with first or second generation Hispanics (or both) and what their language preferences are.

Consider also that if you have a long-time need, such as a marketing campaign, that you’ll want to make sure (within reason) that you can expect to have availability of the same talent if that is desired. Some talent has limited availability and may not work if you have many recordings to be done in a short amount of time. Go for talent that has a long-standing record with the studio or your vendor.

What’s the best way to present the script to the voice-over talent? Scripts with ambiguous language can cause issues. A script that’s prepared for reading should be clear of any notes or remarks and it’s recommended to write out dates, numbers and acronyms exactly the way you want it narrated. For instance, if you write something like  “…there are many ways in order to do this (e.g. subtitling, v.o.),” your talent has to decide whether to follow the script or make it sound more natural, like “for example, subtitling or voice-over.”

Ambiguous language in scripts is a recipe for disaster. Casting doubt during the recording session can either delay the recording process or potentially create the need for re-recording. Therefore, use clear language in your script and always have a pronunciation guide ready for the talent to use.

Many studios will recommend that you also have the script read out loud. It helps to listen for unnatural sounding language. When it comes to getting voice-over translations recorded, it’s recommended to allow time for the narrator to practice with the script for that same reason. It reduces the need for clarification during the recording process. Especially with scripts that will take longer than 10 minutes, it pays to have the narrator practice with the script to be ready to deliver during the recording session.

Another good practice is to make sure that you avoid ambiguous pronunciations of words that either don’t exist in the target language or when you have proprietary language. Pronunciation guidelines are essential to making sure that the talent doesn’t pronounce something that’s either considered wrong or undesired. Most studios will have a standard way of dealing with English words in translated content or will ask for clarification. What you’ll want to avoid is having the studio recording interrupted to get an answer on pronunciation that may need to go through a few channels before you get the answer.

Finally, as it goes with any translation job, make sure that the source English copy is final before you begin. The further down you go in the workflow process, the more costly it gets to change anything. That’s why we put a lot of emphasis on pre-flight to uncover any potential issues in production. While on-screen text can often be changed on a whim, there’s a good change you either delay the recording process or having to re-record parts of the script if you decide to make changes to the script.

Not many studios consider voice-over direction, but it’s a worthwhile investment. The benefit in recording English video is that typically your sound engineer or the client can listen in and spot for errors. However, it’s not typically something we can rely on when recording scripts in other languages. The Studios we work with have done so many Spanish videos that they can typically pick up major errors, but we still benefit from having a second native speaker involved in the recording process to listen along with the recording. Also, not every voice talent is a professional full-time talent and even well-trained narrators will miss something from time-to-time.

There are typically two options for direction. One option is to have the voice talent self-direct and listen during and after the recording for errors. The preferred option though is to have a second native speaker who listens in on the recording. That second option is typically preferred as it makes for a smooth process where errors can be picked up immediately and re-recorded “in the moment.” It allows the narrator to focus more on performing the recording. A third possible option is for the client to have one of their in-country experts listen in on the recording process remotely, but typically Studios charge more per hour for the recording process. Also, it doesn’t guarantee that the in-country reviewer is well-tuned to this process.

Like a good boy or girl scout, always be prepared. While it may look like a well-prepared process for voice-over translation is just adding more pain and cost to the project, it typically only takes one re-recording process or a failed campaign to realize that these processes are a worthy investment.