Why you should always hire a professional interpreter 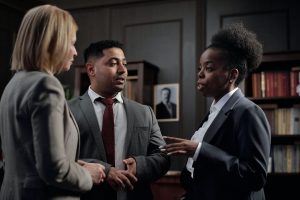 We’ve applied the adage “an ounce of prevention is worth a pound of cure” to managing pain points in translation, but the same can be said for the decision to hire a professional interpreter or translator when you are working with someone who has limited English proficiency (LEP). Relying on individuals who do not have specialized experience, or worse, denying someone access to a professional interpreter or translation, can have dire consequences. Two court cases in the news recently serve as cautionary examples.

In early January 2022, a judge in Massachusetts ruled that DNA evidence collected from Angelo Colon-Ortiz, an LEP suspect in the murder investigation of Vanessa Marcotte, is admissible in court despite “serious concerns” over “a very poor translation.” When reading NBC 10 Boston’s description of the case from the summer of 2021, it includes elements of just about everything that professional language service providers (LSPs) caution against. The first is that instead of choosing to hire a professional interpreter, the local police force relied on a Spanish-speaking policeman to interpret between the suspect and another officer. Even if Trooper Thiago Miranda is perfectly fluent in Spanish, he admitted himself that he “can’t… tell you I’m a professional interpreter.” A professional interpreter will have learned, among other things, the specialized vocabulary needed to adequately facilitate communication in legal, medical, financial, or other settings. We’ve written more in depth about the qualifications of professional interpreters if you want to learn more about the experience that is required.

Additional Troopers involved in the Marcotte murder investigation claimed that they were able to “effectively communicate [with the suspect] with the help of a family member.” The inclusion of a family member in the conversation does perhaps shed some doubt on Trooper Miranda’s ability to communicate effectively with Colon-Ortiz, though reporting from MassLive seems to indicate that the family member became involved at the time of Colon-Ortiz’s arrest, not during the collection of his DNA sample. Numerous articles have been published about why you shouldn’t rely on a family member to interpret, especially in a high-stress situation. We reference one such article in our post about patient education healthcare translations.

Expert witnesses called by both the prosecution and the defense also testified that the translation of the DNA sample collection consent form given to Colon-Ortiz was clearly not done by a professional. Like interpreters, professional translators are uniquely qualified to translate written documents from one language into another. Besides being fluent in two languages, they have also studied how certain vocabulary, grammatical structures, and linguistic devices are used in their language pair(s) (that is, the languages that they translate from and into). This ensures that they are communicating the meaning behind the source text in the target language. Professional translators are also much more likely to make use of tools that check for correctness and consistency. For example, computer assisted translation (CAT) tools break a text down into single-sentence segments and recognize repetitive content throughout the source copy. This means that once a translator has translated a sentence once, the software will auto-populate the translation anywhere else that the same source sentence appears. Glossaries, or termbases, can be integrated into a CAT workflow, and most CAT tools are also equipped to perform various QA checks. These range from a traditional spellcheck to identifying overlooked segments or segments for which the translation is significantly shorter (or longer) than the source. 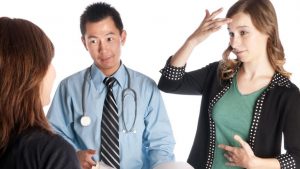 A disturbing story regarding lack of access to a professional American Sign Language (ASL) medical interpreter was also in the news recently. Multilingual.com recounts that a deaf patient underwent a partial amputation that he was later told could have been avoided had the hospital where he went after sustaining a foot injury provided timely and appropriate interpreting services. You can learn more about ASL interpreting by visiting our partner company, MT & Associates resources page.

We aren’t in a position to dictate whether the DNA evidence collected from Angelo Colon-Ortiz is admissible in court or not. We also can’t say whether the plaintiff in the case against Parkwest Hospital could have avoided the ultimate result of his injury. What we can say is that involving a professional LSP helps avoid any questions or doubts as to whether all parties had the opportunity to make well-informed decisions. If you have intimate knowledge of the US legal, medical, or financial system, it is because you spent the time necessary to learn about it, whether through formal education, on-the-job training, or both. The same goes for interpreters and translators, who undergo specialized training to facilitate effective inter-language communication. If you choose not to hire a professional interpreter or translator when the need arises, you, or whoever you answer to, may regret it later.