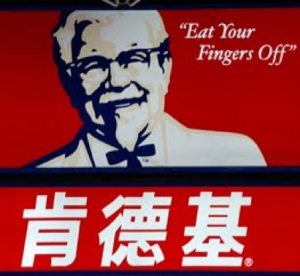 In the same way that a marketing campaign requires targeted creativity, marketing translations are typically an exercise in creative strategy. Elements like idioms and plays on words can make an ad or awareness campaign entertaining, attention-getting, or memorable. More often than not, however, these elements are highly language- and culture-specific. Imagine trying to explain expressions like “that gets my goat” or “don’t beat around the bush” to an English language learner. We’re going to explore a handful of case studies in which clever marketing in English may need more than the average translation.

As highlighted above, idioms don’t always make sense when they’re translated literally. Some expressions may overlap or have a similar equivalent in another language. For example, the literal English translation of the Spanish expression tomar el pelo is “to take the hair,” while a less literal and more accurate translation would be “to pull someone’s leg.” Other idioms, on the other hand, just don’t exist outside of their source language. This is why it’s important to have a translation team that’s deeply familiar with turns of phrase and cultural nuance in both the source and target languages.

Stakes can be higher than meets the eye when idioms are involved in marketing translations. We ran into this situation recently: an ad for an alcohol brand invited customers to “spice up” a celebration with their product. To capture the meaning behind the headline, our Spanish translation team used the verb animar, which in English means “to liven up.” We learned, however, that alcohol companies in the US can face legal consequences if they claim, or even infer, that their product will make an experience more fun. The ad included an image of a cocktail glass with a spiced rim, and fortunately the more literal element behind “spice” is still applicable in Spanish – we translated “spice up” as ponle sabor, which means “add flavor.” 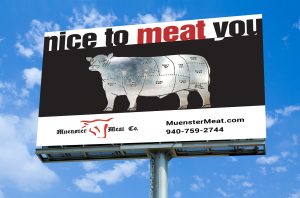 Homonyms are words that are spelled (homographs) and/or pronounced (homophones) the same way but mean different things. It’s obvious why this poses challenges for marketing translations! One example we worked with recently was an awareness campaign for vaccination against COVID-19: “Facts 4 Getting Vaxed.” The brochure lists four facts about getting vaccinated, which of course is a play on the words “for” and “four.” In the target language of Spanish, however, cuatro (four) sounds nothing like the Spanish words for for, about, regarding, etc. In this case, we chose to 4go (see what I did there?) the play on words and simply translate as 4 razones para vacunarte (4 reasons to get vaccinated), given the lack of an equally appropriate homophone in Spanish and the urgency of the subject matter.

We most often see pronunciation guides used in informational brochures about prescription medicines or educational materials about health conditions. For example, we translated a brochure about type 2 diabetes and stroke detection that included a pronunciation guide for “hemorrhagic” and “ischemic.” The correct pronunciation of these words in English might not be obvious to someone without a medical background because of the different ways that letters and letter combinations can be pronounced in English. For example, “ch” is pronounced differently in the words “choke” and “chorus,” even though it’s at the beginning and comes before the letter “o” in both words. The rules of Spanish pronunciation are much more straightforward and it’s unlikely that a pronunciation guide would ever be necessary if the intended audience is presumed to be generally literate. 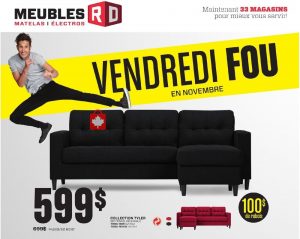 As with any translation, it’s important to take stock of any cultural references in marketing translations. While ten years ago the concept of Black Friday would not have resonated with a global audience, its popularity as a shopping “holiday” has spread far beyond the day after Thanksgiving in the US. Despite there being no Thanksgiving holiday in Spain, many retailers still advertise, often in English, “Black Friday” and even “Black Week” sales. The French language authority in Québec (the OQLF, Office Québécois de la langue française), on the other hand, prioritizes the usage of French whenever possible. And while they haven’t stopped Black Friday sales from gaining popularity in Québec, they did publish an article recommending against the usage of the English name. They also discourage a direct translation to Vendredi noir, explaining that this description could evoke feelings of depression or gloominess. Certainly not what advertisers want! They offer up a series of alternative translations instead, including their preferred Vendredi fou (Crazy Friday). It can feel as if there are as many ways to handle acronyms in marketing translations as there are letters in the English alphabet! Using an acronym as a mnemonic device introduces a special level of creativity. The acronym FAST is widely used in the United States as a mnemonic for stroke detection: Face (drooping), Arm (weakness), Speech (slurred or hard to understand), Time to call 911. But if you don’t speak English, an English-language mnemonic won’t be very helpful! When we encounter mnemonics in translation, we first do research to see if there is an equivalent mnemonic in the target language. In the case of FAST, the mnemonic RÁPIDO exists in Spanish, though it is not yet as widely used. “Rápido” means fast in Spanish, which is great because it maintains the urgency of detecting and seeking medical attention for a stroke. It also incorporates all the same symptoms as the English mnemonic, with the addition of feeling off-balance (alteración del equilibro) and visual impairment (impedimento visual). As of this writing, the developers of RÁPIDO were seeking funding for focus group testing, and it hasn’t been rolled out in nationally published materials. So, for the type 2 diabetes and stroke detection brochure we translated into Spanish, we maintained the FAST acronym, including the English word and the Spanish translation for each symptom.

As with every other marketing tool in this post, deciding whether or not to translate a social media hashtag comes down to thorough and thoughtful research into your intended audience. When content volume and recognizability for a translated hashtag are equal to that of the English hashtag, we always recommend localizing. If there isn’t a widely used equivalent in the target language, it may be a better idea to leave the hashtag in English.

This depends on several other factors, of course. For example, do you have confirmation that your intended audience is engaging with English-language social media? Section 3 of the OQLF’s Social Media Guidelines (available in French only) says that promoting a social media site inside or outside a store, on vehicles, posters, loyalty carts, brochures, reusable bags, promotional objects, menus, invoices, etc. must be done in French and the social media account must also be in French. So, if you run an English-language campaign in Québec that includes a hashtag, you’ll need not only to translate the hashtag but also have a French-language social media account.

The examples of linguistic elements that don’t always translate well could truly be endless. This is why it’s so important to work with a thoughtful, thorough, and experienced language service provider when you decide to go global. Language Solutions works not just with experienced translators, but also with talented transcreators. Transcreation is a type of copywriting, just like translation is a kind of writing. A transcreation team will use the inspiration, meaning, feel, and intended impact of the source language copy to write linguistically and culturally appropriate copy for the target market. If you’re looking for a partner in the success of your marketing translations (or transcreations), get in touch and see if we’re a good fit!