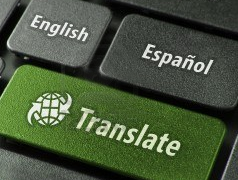 It’s not quite this easy, but it doesn’t have to be difficult!

Have you been tasked with having US Spanish translations done, and aren’t sure where to start? Many non-Spanish speakers wonder if the Spanish spoken in different parts of the world is different, and the matter of US Spanish translations adds further questions since Spanish is not an official language in the US 50 (though it is in the US territory of Puerto Rico). Spanish, like many languages including English, as we’ll touch on later, does in fact have several variations or variants depending on the country or region where it is being used. So, when translating into Spanish, it is imperative to be specific about whether you are translating into “Spanish for Spain,” “Spanish for Mexico,” “Spanish for Cuba,” or any of the other multiple variations of the language. While Spanish spoken around the world is mutually intelligible overall, certain vocabulary, grammatical preferences and forms of address (the pronoun you use to speak to someone depending on how formal you want to be) differ depending on the variant being used.

This concept exists in English, too. Ask yourself: could you converse with or read something written by someone from England or Ireland? For the most part, of course – though differences certainly crop up from time to time. Some of these are more well-known than others. For example, many people are familiar with terms such as “lift” (UK, IE) versus “elevator” (US) or “chips” (UK, IE) versus “fries” (US). But you’d better make sure to call your pants “trousers” in the UK – unless you’re talking about underwear! And there are even some general grammar differences that might go unnoticed by the casual observer. British English tends to use the “have/had + past participle” construction much more often than American English (for example, saying “I have been to the dentist this morning” rather than “I went to the dentist this morning”). Even within the US there are regionalisms that may cause momentary confusion: I had to ask a friend once what he meant when he asked where he could find a bubbler in the building. There are also regionalisms that may be more similar between northern US states and Canada than between a northern and a southern US state.

Regional variations of Spanish have many of the same differences. For example, Spaniards call a computer un ordenador while most Latin Americans call it una computadora. Peruvians call a car un carro while Argentinians call it un auto. A bus in Spain is an autobús, while in Cuba it is a guagua, which in Peru means a baby or young child. A preference for the simple form of the past tense can also be observed in much of Latin America versus a more frequent use of the compound past in Spain, just like between UK and US English (Fui al dentista esta mañana versus He ido al dentista esta mañana). 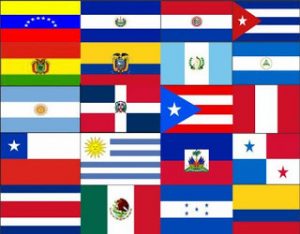 One of perhaps the most noticeable grammatical differences between variations of Spanish is the pronouns used for formal and informal address. Peninsular Spanish (so called for the Iberian Peninsula formed by Spain and Portugal) generally uses the pronoun vosotros to informally address a group of people, while using ustedes to formally address a group of people as well as to speak about a group of people. For example, Ya habéis comido (vosotros)? in Peninsular Spanish means “Have you (all) already eaten?” and takes an informal tone. On the other hand, Ya han comido (ustedes)? can either mean “Have you (all) eaten already?” and takes a formal tone with the group being addressed, or can mean “Have they eaten?” and refer to a group that includes neither the speaker nor the listener. In Latin America, vosotros is not used and ustedes is used as the plural form of address in both formal and informal situations. 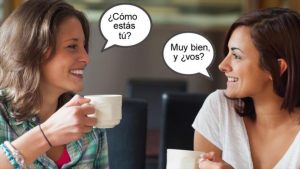 Additionally, the only pronoun used in Spain to address one person informally is tú, while in various countries throughout Latin America the pronoun vos is also used with varying degrees of regularity and acceptance. For example, in much of Argentina and Uruguay, vos is almost exclusively used whereas in Colombia you may hear tú and vos equally. Whether you choose to address your listener formally or informally is also culturally informed and can play a significant part in localization for a certain audience.

What is involved in US Spanish translations?

What, then, is involved in US Spanish translations? Spanish has a long and significant history in the United States. Although it is currently only an official language in the US territory of Puerto Rico, Pew Research Center estimates that over 37 million people in the US speak Spanish. It has long been spoken in many US states that were formerly a part of Mexico and add to that population those who have immigrated to the US from Latin America, and the definition of US Spanish translations begins to be hazy. Much research has been done comparing the Spanish spoken by families who remained in the territories that became Texas, California, and the other states formed by landed ceded to the US in the treaty of Guadalupe Hidalgo in 1848 compared to the conventional variant of Spanish spoken in modern-day Mexico. There are also entire dictionaries dedicated to specific Spanish variants, such as the Diccionario de español de México (Dictionary of Mexican Spanish) and the Diccionario de americanismos (Dictionary of Americanisms, which includes country- and often region-specific tags for each entry).

Considerations for US Spanish translations 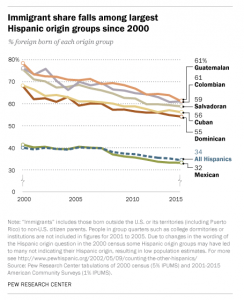 When tasked with determining how to do US Spanish translations, there are a few dominant tendencies. Historically, Peninsular Spanish was deemed the “correct” or “conventional” Spanish. This perception has been steadily changing for some time. Many people might default to the Spanish spoken in Mexico, given that it is geographically closest to the United States and the fact that according to Pew Research, the majority of the Hispanic population in the US is of Mexican origin. It is important, however, to consider the descriptor “of Mexican origin.” This does not necessarily mean that this population was born in Mexico or that they speak the Spanish spoken in Mexico today. This is especially significant to consider when juxtaposed with the fact that, again according to Pew Research, out of the six largest Hispanic origin groups living in the US, the group of Mexican origin has the smallest percentage of foreign-born individuals, while the Guatemalan and Colombian origin groups have the largest percentages of foreign-born individuals. Then there is the fact that Puerto Rico is a territory of the US and has Spanish as an official language. Given its status as a US territory, should Puerto Rican Spanish be the default for US Spanish translations?

Considering all the statistics and factors that have been presented thus far, this question is difficult to answer (though if you read our post about HR benefit translations for Puerto Rico, you’ll find out why the answer to this question is no). In the same way as the differences referenced above between variants of English, the potential for loss of meaning between two variants of Spanish can range from minor to critical. Readers may simply get the feeling that whatever they are reading has not been translated for them, but for another audience, and shrug off the words or structures that sound “strange” or “off” without necessarily losing any of the intended meaning. The worst case scenario, however, when translating into a variant other than that of your audience is confusion, knowledge gaps or even offense, especially where vocabulary differences are concerned (the verb coger, for example, is used regularly in Spain to mean “to catch” or “to grab,” but is NSFW in much of Latin America!).

Quality US Spanish translations are possible

While you may be starting to think that US Spanish translations are impossible, think again! Translation professionals and programs do recognize “Spanish for the US” as unique from other regional variations of Spanish. As we’ve just seen, this variant is not strictly defined, and some terminology may still differ from the reader’s native variant. What likely categorizes US Spanish translations in the end is a tendency to use more anglicized terms, since English is a common denominator between all the Spanish-speaking populations living in the US. Localization of certain numbers and dates will also follow US conventions in any translation that is localized for the US, so although the date is written with the month preceding the day in the majority of Latin America, US Spanish translations will format the date with the day preceding the month (MM/DD/YYYY), just like in English for the US. And if you need materials to be in a particular Spanish variant as well as for a US-based Spanish-speaking audience, there is also the option of translating/localizing for both markets. For example, once an entire document has been translated into Spanish for Mexico, you can typically request localization for another Spanish variant (including Spanish for the US) at a lower price point than the initial translation.

Localization is all about intentionality, including being intentional about the variation of Spanish into which you have your materials translated. This could include Spanish for the US, which may not be entirely definable, but is a useful and important tool in localization nonetheless. If you have questions or doubts, don’t hesitate to contact us – we’d love to talk!