The challenges of choosing languages for translation 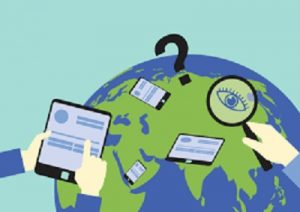 A common theme has been crossing our desks a lot this summer: choosing languages for translation. Before you can begin selecting qualified translators, making efficient use of technology, or researching terminology, you must establish your source and your target languages. This has come up in a few different situations: a recent news item, our own internal quality system audit (we’re the only ISO 9001:2015 certified translation firm in St. Louis), and various requests for linguistic screening (aka brand name evaluation). Assumptions sometimes come into play when choosing languages for translation and there are a few primary reasons why: limited budget, a rush timeframe, and most simply that you don’t know what you don’t know. We’ll explore a few common misconceptions to illustrate why relying on assumptions should never take the place of adequate research when choosing languages for translation. 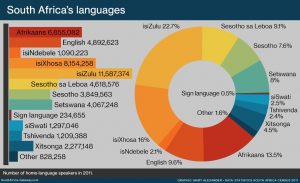 You know what they say about assuming… And if you don’t, we’ll rephrase the adage more politely: making assumptions can lead to embarrassment and offense. Take Ryanair’s recent blunder. In June, the (in)famous European low-cost airline began requiring that travelers with South African passports pass a quiz in Afrikaans in order to board. The idea behind the quiz was to catch perpetrators of passport fraud. The questions were about things like South Africa’s currency and capitol city, and they were written in Afrikaans. The linguistic history and landscape of South Africa are deeply complex. For the purposes of brevity, we’ll cover the generalities: Afrikaans is one of South Africa’s eleven official languages established by the country’s 1996 constitution. It developed primarily from Dutch, a language of colonization in South Africa. Afrikaans and English (another language of colonization) were the official languages of South Africa during decades of apartheid. In that same era, indigenous African languages spoken primarily by Black South Africans were not taught in schools or otherwise acknowledged by the national government. According to the South African census in 2011, Afrikaans is only the third most widely spoken language at home, after isiZulu and isiXhosa.

After receiving profuse criticism from both individuals and organizations, Ryanair ultimately stopped issuing the Afrikaans quiz and their chief executive stated in a press conference that they “didn’t think it was appropriate either” and that “it doesn’t make any sense.” It obviously made sense to someone at the company, or it wouldn’t have been done in the first place. We can’t say for sure why it made sense to that person or department, but an assumption about the prevalence and use of Afrikaans in South Africa could have come into play. In an attempt to avoid costly fines associated with allowing individuals with false passports to travel internationally, Ryanair ended up wasting time and money and losing credibility and respect from consumers. 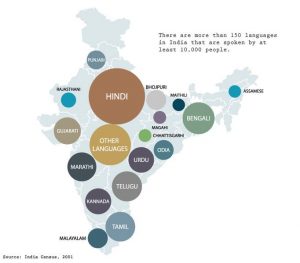 India is another country with a diverse and complex linguistic makeup for which we often get asked to do linguistic screening. Hindi is the official language of the central government of India, but the Indian constitution recognizes 23 official languages and hundreds more are spoken throughout the country. Hindi does have the highest percentage of speakers at 41%, but given the sheer size of India’s population, neglecting to take even the 11th most-spoken language (Punjabi) into account leaves over 33 million people out of the equation. Adequate market research is sure to have a higher ROI than choosing languages for translation or evaluation based on an assumption that doesn’t account for any of the numerous factors at play in India’s linguistic landscape. 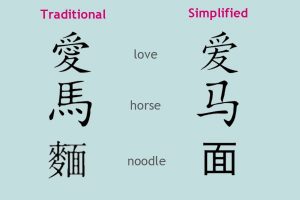 Another common assumption people make is that Mandarin and Cantonese are Chinese writing systems. They are not – they are spoken dialects in China. And while you may be tempted to assume that dialects are mutually intelligible, think again! We won’t go into what the word “dialect” even means (hundreds of pages have been written on this topic, and we do recommend reading up on it), but when spoken Chinese is the need at hand, you could just as easily call Cantonese and Mandarin two different languages. When requesting a written translation into Chinese, you’ll need to determine whether it should be in Simplified or Traditional Chinese. Simplified Chinese is primarily used in mainland China and Singapore, while Traditional is primarily used in Hong Kong, Macau, and Taiwan.

Perhaps one of our most requested languages for translation is “Latin American Spanish.” This designation assumes that the Spanish spoken throughout Latin America is homogenous when it is not. Depending on the source material and your intended audience, the differences between variants of Spanish may or may not be significant. Depending on your scope and what you’re looking to accomplish when choosing languages for translation, it’s also important to keep in mind that there are millions of people throughout Latin America who primarily speak indigenous languages and have limited Spanish proficiency. Aymara, for example, is an official language in both Bolivia and Peru.

We could go on and on with additional examples (our post about Vietnamese is a great one), but we hope you’ve caught the drift: if you’re going to build a business case for translation into a particular market it’s imperative that you’re choosing languages for translation based on current and intentional research rather than assumptions. We’ve done plenty of research for ourselves and our clients and we get regular feedback from the linguists we work with as well, which we keep in our research database. If you’re ready to start making your content more accessible to a global audience but aren’t sure where to start, there are plenty of jumping off points. Get in touch if you’re looking for help taking the plunge!