Official Languages and French Translation for Food Packaging for Canada

Even though Canada has a complex linguistic makeup, there are guidelines that clearly outline requirements for French translation for food packaging for Canada. Both French and English are official languages of the country, and the Canadian Food Inspection Agency (CFIA) explains that “all mandatory information on food labels must be shown in both official languages, i.e., French and English.” It lists a few exceptions, such as the identity and principal place of business of the food’s manufacturer, processor, producer or packager, which can appear in either English or French. It also states that any information on the label that is not considered mandatory, such as directions for use or promotional statements, does not have to be bilingual. Furthermore, according to the CFIA, label language requirements are restricted to food items for retail sale, so shipping containers that are not for sale to consumers can legally carry monolingual labelling. 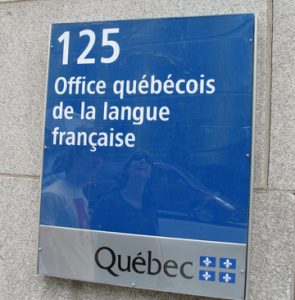 If you plan on selling your product in Québec, however, you must be mindful of the Charter of the French Language of Québec. The Charter establishes French as the official language of the province and declares that, contrary to the federally established rule, “every inscription on a product, on its container or on its wrapping […] including the directions for use […] must be drafted in French.” But what about labels in both French and English, like those stipulated by the federal government? The Charter does allow that another language or languages may also appear on labels but includes a significant qualifier: as long as “no inscription in another language [is] given greater prominence than that in French.”

So far, we have established a few minimum requirements for French translation for food packaging for Canada:

These can play out in ways you might not immediately consider. Let’s take a closer look at a few examples.

Food Packaging Requirements in the US vs Canada

According to the US FDA, food labels must show net contents in both metric and U.S. Customary System terms. And while the CFIA’s Industry Labelling Tool only lists a requirement for metric measurements to be displayed, it allows for the appearance of non-metric declarations as well. It also states that non-metric net content declarations can be shown in either English or French, but remember that if your product will be for sale in Québec, according to the Charter of the French Language, all information must appear in French. So, if you choose to include U.S. Customary System units of measurement on your packaging for Québec, the unit descriptor (ounces, for example) must be translated into French.

Be extra careful here too: a US and a Canadian fluid ounce are not the same amount of liquid! Therefore US fluid ounces will need to be identified as such. It is also interesting to note that, according to Canada’s Guide to Food Labelling and Advertising (the predecessor to the Industry Labelling Tool), while both “L” and “l” are correct metric symbols for “liter(s),” the capital “L” is preferred for both liter(s) (L) and milliliter(s) (mL). And be sure you put a non-breaking space between the number and the metric unit (5 g, NOT 5g)! Typographical conventions like this may seem insignificant but can be an important part of truly localizing for French-speaking Canada.

The US FDA also regulates that “labels must describe the form of the food in the package if it is sold in different optional forms such as sliced and unsliced, whole or halves, etc.” While the Canadian Industry Labelling Tool includes this requirement only in specific instances, if you choose to leave it on your label in optional instances and sell your product in Québec, don’t forget that it will need to be translated into French.

Both the US and Canada have minimum size requirements for the various information that they require on food labels. This may not seem to have anything to do with French translation for food packaging for Canada. But given that you will need to include all mandatory information in both French and English (and all information in both languages if you are selling in Québec), size requirements may make a big difference since you will now have twice as much text on your label. And actually, a French translation of an English source text typically takes up about 20% more space, which is additional food for thought when designing your food packaging for Canada. We’ve written about intentional design for French Canada  as well our work with Francization in Canada before, if you want to learn more.

This post is meant to introduce and provide an overview of considerations you will need to make regarding French translation for food packaging for Canada. If you are planning to sell your food product in Canada, of course you will have to ensure that you comply with all requirements and stipulations regarding food labelling.

If you have finalized your English-language label to go to the Canadian market, we’d love to help you with the French translations you need!

*with the exception of “identity and principal place of business of the person by or for whom the prepackaged product was manufactured, processed, produced or packaged for resale,” which can be monolingual in either English or French