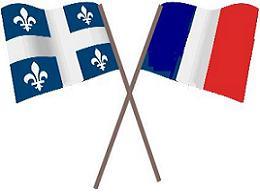 Did you know that, just like we’ve written about different variations of Spanish, French translations for Canada are not exactly the same as French translations for France? As we’ve posted about recently in reference to food packaging and advertising in Canada, there is more than meets the eye when it comes to bringing your product or service to the Canadian market. Of course, this is especially true if you are advertising and selling in Québec, a province whose official language is French. And while Canada’s two official languages are English and French, there are differences in vocabulary, usage, and punctuation, not to mention more obvious items like currency and postal addresses, between the French used in Canada and the French used in France. A page with different “colours” and prices listed in £ wouldn’t be appropriate for a US audience, and a page written in French for France would be equally inappropriate for a Canadian audience. We always make sure to have the right team for the job depending on your target market.

We asked for some input from one of our regular teams who translate into French for Canadian markets and got some interesting insight into what sets the two language variants apart. Michèle, who has lived in both France and Canada, emphasized that using English words is prevalent in France, whereas this is much less tolerated in Canada. She gave a few examples:

In France they use a LOT of English words: mail, classe business, think tank, manager, warnings (in the car), sweat (for sweat shirts that they pronounce sweet) etc., even the ads for French products (eg, perfumes) are in English.

Not too long afterwards, Michèle sent me a message explaining that she had been looking at the French adidas website and found the following example highlighting her point above:

She bolded the English words that could have been translated, but were left in English instead.

She also told a story of how once she was translating from English into French for France and the client asked her to change some of the words she had translated into French back into English! When translating for Canada, however, she explained that “everything is translated.” If you read our posts about food packaging and advertising according to Québec’s Charter of the French Language, this makes sense!

When discussing French translations for Canada, you can’t avoid the Charter of the French Language (or in French, the Charte de la langue française). In the words of Éducaloi, the goal of the Charter of the French Language is to preserve the quality and status of the French language. In the spring of 2021, a new bill was introduced in the government of Québec to update the Charter. This move was based on concerns over studies done by the Office québécois de la langue française (the Québec Office of the French Language, or OQLF) showing a decline in the use of French in Québec, and especially in Montreal. Part of this new bill includes more language requirements for businesses. If Bill 96 should pass, the degree to which businesses will have to make changes will depend on several factors, including their size and what language standards they already have in place.

The smallest things can also make a big difference in localization. Punctuation marks, for example, are small but mighty. Do you think twice about putting a comma, semicolon, colon, exclamation point or question mark directly after text? Probably not. A recent project we worked on, however, initiated an in-depth conversation about whether, in French translations for Canada, there should be a space between a semicolon and the preceding text. 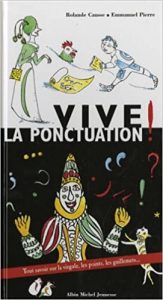 We address some major differences in typography and layout between English and French in our Design Style Guide to French Translation for Canada. One of these is that in French, a space before a colon is always correct. And according to the OQLF, a “thin space” (espace fine in French) should be included in front of semicolons, exclamation points and question marks. Unlike a non-breaking space, however, a “thin space” is not an option in regular word processing software. This is only possible in desktop publishing and professional layout software.

So, if you are using Microsoft Word, what is the right way to go? The OQLF advises to simply leave the space out. Termium Plus, a language resource of the Canadian government, also recommends simply having these punctuation marks come immediately after the preceding character. One of our regular translators for French for Canada, Nathalie, who works with various publication types, told us the following:

In France, according to the European sources I’ve looked at, if the espace fine is not available, the common usage is to use a regular space before the semi-colon.

She also confirmed that most of her French translations for Canada do not include a space of any kind before the semicolon, and brought up the point of maintaining consistency. For example, if a company has some of its assets in word processing files and other assets in desktop publishing files, it would be possible to include the “thin space” in the desktop publishing files. However, then the company’s assets would be inconsistent with one another. Putting no space before the semicolon in all instances avoids this issue.

Michèle confirms Nathalie’s research on spacing and semicolons in France, which is apparently true for other punctuation marks as well:

As per punctuation, there is a space before ! ? ; in France, not in Canada (even though there should be a fine space before ;).

The Canadian dollar is another potential pitfall when localizing for French-speaking Canada. It’s called a dollar, just like in the US, and it even uses the same symbol as the US dollar. So prices will be written the same way as in the US, right? That’s correct for English-language Canadian materials, but not for French-language ones! Not only is the $ in a different position in French for Canada, but dollars and cents are separated by a comma rather than a period. And just like with the colon, there needs to be a space (make it non-breaking!) between the amount and the dollar sign. 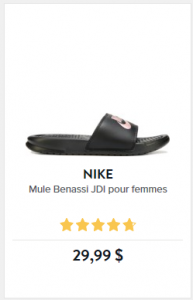 This picture of a Nike sandal is taken from the French version of the Canadian Famous Footwear website (famousfootwear.ca). We have been working with Famous Footwear and their partner company, Naturalizer, for years, helping them to translate and localize both client-facing and internal materials for Québec. Yes, you read that right – if you plan to do business in Québec, all your internal materials, such as training manuals, software programs and company policies, need to be in French as well as all of your advertising materials. Having done this before, we know how to approach the Canadian market from all angles.

Besides being experts at localizing for Canada, our teams utilize various resources to ensure that their French translations are grammatically and typographically correct. For starters, we always have a separate lead translator and editor for French translations for Canada. This is part of how our processes not only ensure accuracy, but also expand creativity! The editor checks finer points of spelling and grammar but can also suggest different ways to translate certain items, perhaps making use of a local idiom or other creative turn of phrase.

Our linguists also take advantage of Antidote, which is a high-octane spelling and grammar checker with more profound capabilities than other programs. It was created by a Québec-based company, Druide, in the 1990s and according to Druide’s website is the “number-one writing assistance tool across the French-speaking world.” Here’s what Nathalie had to say about it:

[Antidote] offers much more than just grammar and spelling checks. It can give you synonyms, antonyms, the word’s history or origin, and maybe some pictures. And many other things! 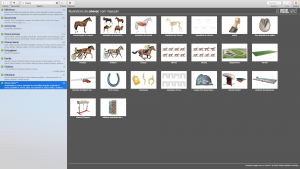 Michèle agrees. According to her:

Antidote… is grammatically exact and also very comprehensive: [it provides] grammar rules, synonyms, antonyms, conjugations, co-occurrences, quotations, word family… The check function analyses the whole sentence grammatically and also the level of language. As per the dictionary, if you look for a word and misspell it, they usually find what you were trying to say and give you the right spelling.

Nathalie pointed out another great feature of Antidote for our teams: it is compatible with SDL Trados Studio, the computer assisted translation (CAT) program that we use, and that many of our translators and editors use. This means that they can take advantage of Antidote’s powerful capabilities throughout the translation and editing process.

Diving into French translations for Canada

Localizing for a foreign market may feel overwhelming when you consider all the small but significant elements involved. But it doesn’t have to be! With Language Solutions as your partner, you get the benefit of the processes and efficiencies that we have developed over years and from working on a wide variety of projects. If you have your eye on the Canadian market but aren’t sure you can keep up with all the semicolons, dollar signs and spaces (oh my!), we’d love to help you with all of that and more!